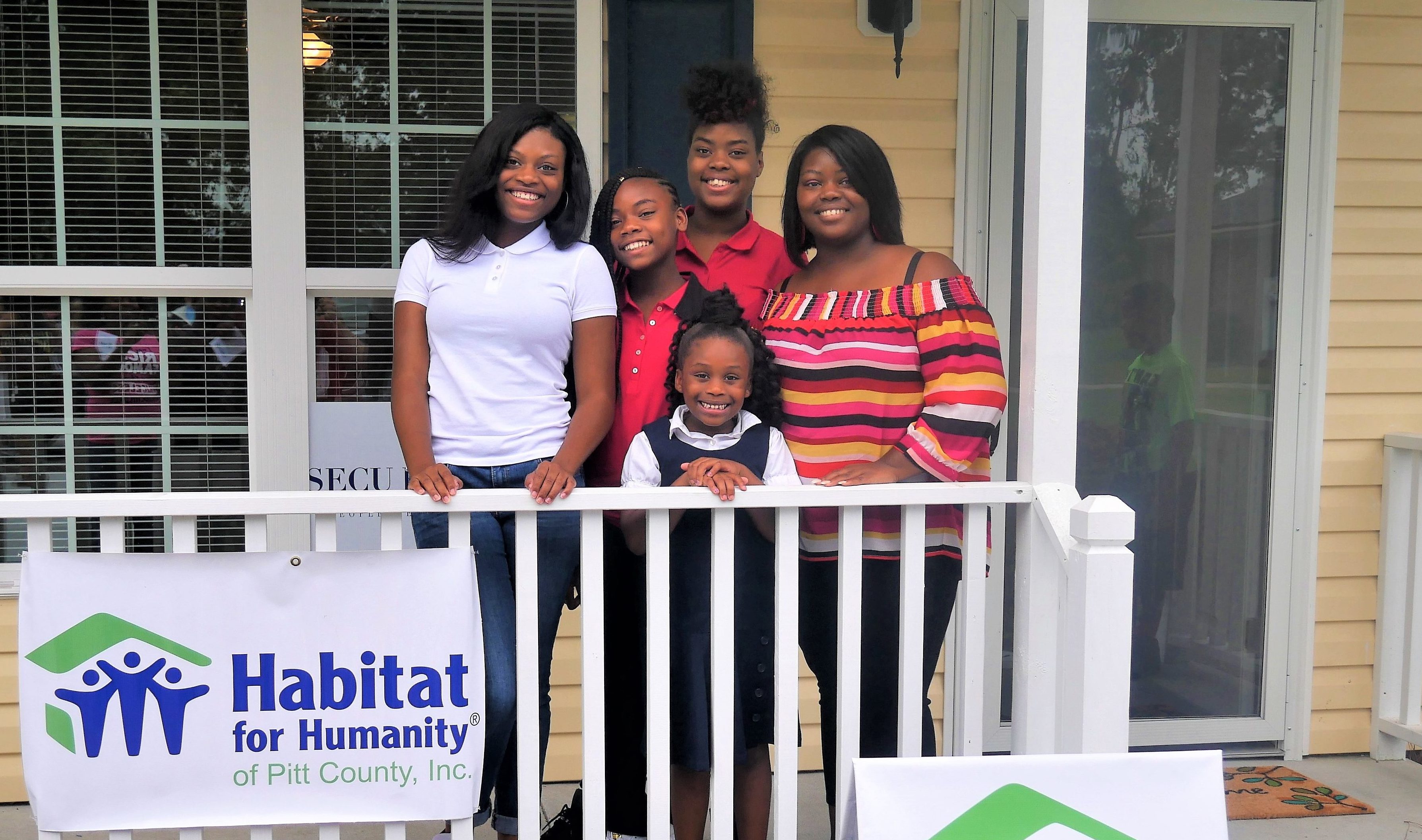 A Sunny-Yellow House in Pitt County

A mother and her four daughters have a brand-new, sunny-yellow Habitat for Humanity house.

The four-bedroom, two-bath home in north Greenville is the 77th Habitat House built in Pitt County since 1991 and is part of the State Employee’s Credit Union Foundation’s $10 million Mountains-to-the-Sea Challenge to build a Habitat home in each of North Carolina’s 100 counties. The house was dedicated in September 2017.

Sharnisha Little, who works at a salon, applied to Habitat for Humanity of Pitt County for a home in August 2015, and after two years and 400 hours of “sweat equity” became the proud owner of a home in the Oak Grove neighborhood off Fleming School Road.

A crowd, including Mayor Kandie Smith, gathered for the dedication and celebrated with Little and her four children as Little received the keys to the home on Carmon Circle. Smith told those gathered that Little set an example for her four daughters and others about what could be accomplished with determination.

People who qualify for a Habitat house go through an application process and work on multiple Habitat houses for 400 hours to help earn their own house. “Any family that is willing to do that is a better bet for the long term,” said Scott Johnson, executive director of Pitt County Habitat for Humanity. That means someone who is willing to work hard to get a home will likely work just as hard to pay for the home.

The houses aren’t free despite the sweat equity, volunteer labor, and donations from churches, local businesses, and individuals, Johnson said. They’re sold to the family at the appraised value, and Little will still pay a mortgage for it. The Carmon Circle home cost about $100,000, which includes the price of the lot, Johnson said.