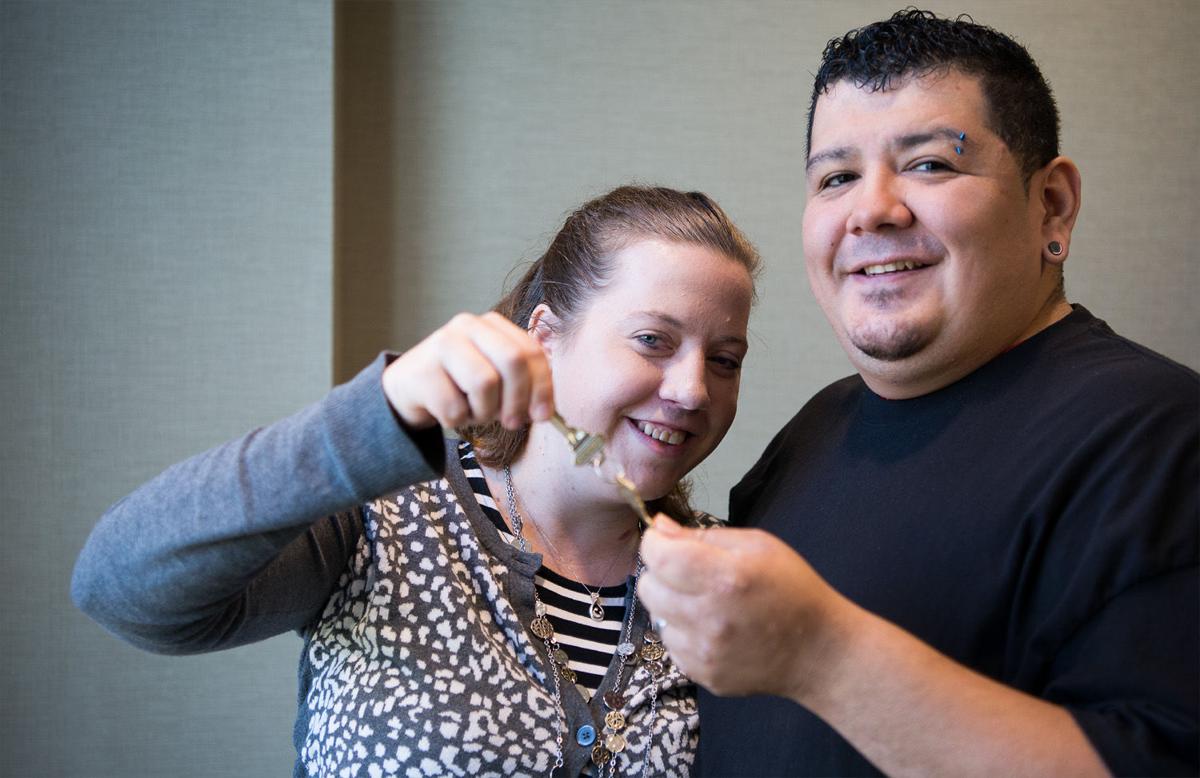 A New House in Old Fort

In October of 2016, Michael Martinez, Kelsey Parker, and their family became the proud owners of a new Habitat house in Old Fort. Asheville Area Habitat for Humanity built a house for the family as part of the State Employees Credit Union’s Mountains to the Sea Challenge. The $10 million partnership with the State Employees Credit Union Foundation worked with Habitat’s affiliates across the state to build or renovate a home in each of North Carolina’s 100 counties. Martinez and Parker will now assume a zero-percent-interest mortgage from SECU, at which point SECU will return the funds to Asheville Area Habitat for Humanity so that another home can be built.

As a Kansas City, Missouri, native, Martinez knew nothing of McDowell County or the town of Old Fort. All that would change when he met and fell in love with Parker. Although they enjoyed living in Missouri, when the pressures of being new parents mounted, Parker turned to her hometown of Asheville and her family for help.

But they had a difficult time finding an affordable rental in Asheville and settled in Old Fort instead. Martinez got a job at Asheville Area Habitat’s ReStore and began thinking about homeownership through Habitat. When they heard about the SECU Challenge to build a Habitat house in each of North Carolina’s 100 counties, they felt that this was their chance.

“Michael was thrilled to learn about this serendipitous opportunity to become a Habitat homeowner while still being able to remain in McDowell County,” according to Asheville Area Habitat. “Thanks to SECU and Asheville Area Habitat, the family will soon be able to use every inch of their energy efficient, affordable home in the town they have come to call home.”