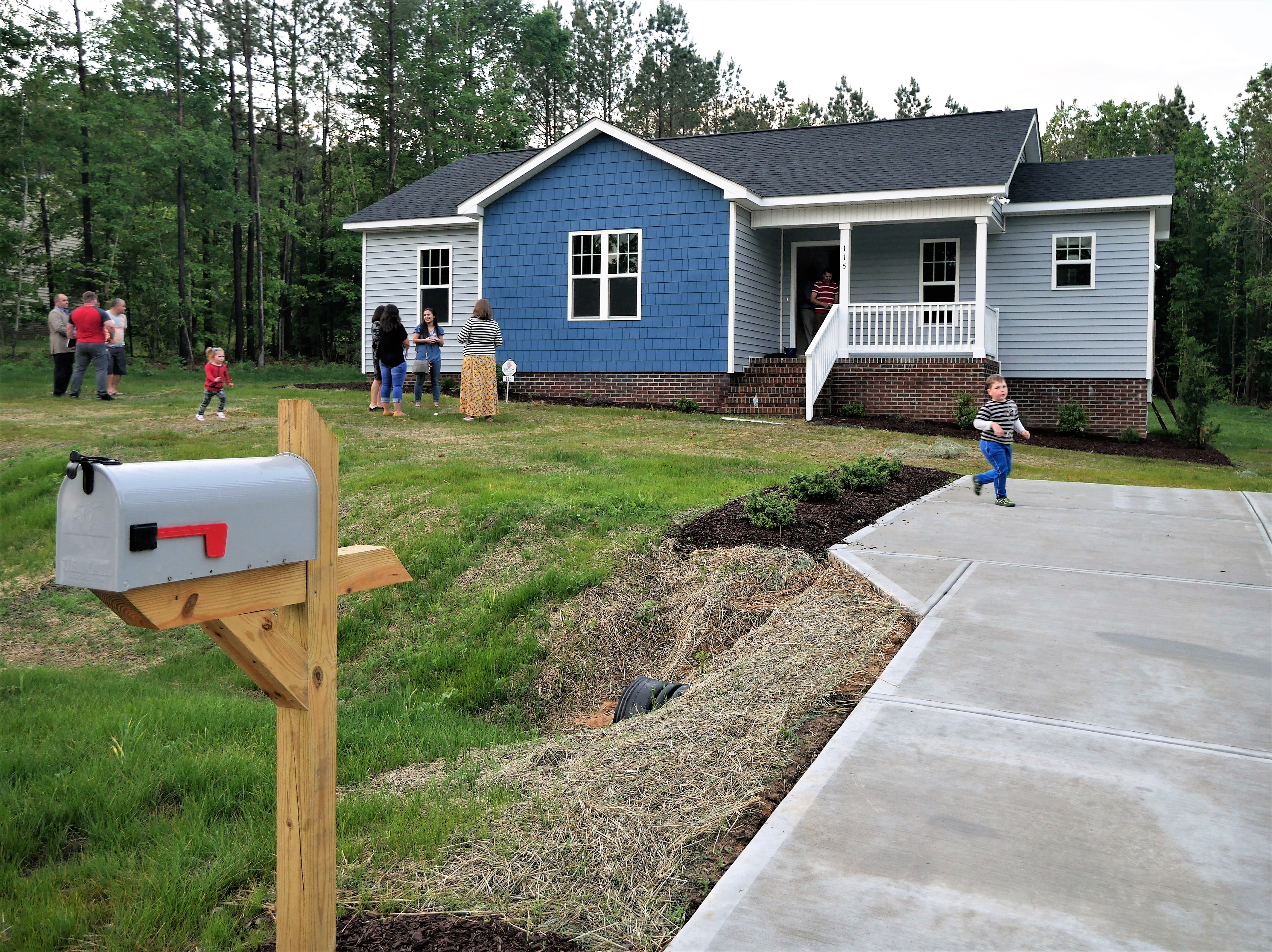 Refuge At Last in Franklin County

Andrei and Natalia Verenjac were at home on a sunny Sunday afternoon in May. Their four children were with them, along with about 20 friends.

Home is an attractive new house on large lot on a pleasant wooded street just outside Louisburg. A common scene, perhaps, across America. But for this young family that had traveled so far and endured so much, it was a miracle.

The Verenjacs fled their native Moldova in 2013. Part of the former Soviet Union, Moldova is a landlocked nation; Europe’s poorest, according to the United Nations. It’s about one-fourth the size of North Carolina and is wedged between Ukraine and Romania. Home to 3.5 million people, Moldova is known for rugged terrain, good red wine and not much else.

Protestant Christians such as the Verenjacs are persecuted. That, on top of years of Soviet hostility toward religion, made life so difficult for the family that they fled to America. But immigrant life was hard. English did not come easily to them, and they struggle with it still. They did not understand the sometimes predatory nature of American credit; debt piled up and evictions followed; finding decent housing was a nonstop concern.

Not many months before this bright Sunday with all of its promise, the Verenjac family had given up on the American dream and were thinking about moving back to Moldova. That’s when Vitalie Cojan, their friend and fellow refugee from Moldova, who has four children of his own, stepped in. He appealed to the Wake County Habitat for Humanity affiliate but the Verenjacs had difficulty qualifying in Wake’s blistering housing market.

Fortune was about to drop a motherlode of good news, however, on Andrei, Natalia and their four children. The State Employees Credit Union Foundation had launched its $10 million Mountains-to-the-Sea Challenge to build a Habitat home in each of North Carolina’s 100 counties. Franklin County did not have a Habitat affiliate, so Wake’s affiliate was stepping in to build a house in Franklin—a house for which the Veranjacs qualified. Wake Habitat stood ready to head up the project, and a number of churches in Louisburg were gung-ho to provide the volunteer labor.

Franklin County’s faith communities took on a prominent role. “We are very mission-oriented,” the Rev. Mike Safley of Louisburg United Methodist Church told the crowd at the dedication. “This was an opportunity to participate with other churches and we were very excited to do that. We raised money and provided volunteers to work on the house. When we started we didn’t know what it was going to look like. We’re very impressed with the outcome.”

There were words of thanks from the Verenjac family, translated to English. The family still seems dazed that so much good fortune could have come out of so much despair.

Outside, where the delighted squeals of the Verenjac and Cojan children at play needed no translation, the bright promise of this day shone like a beacon. Rick Beech, director of Faith Relations for Habitat Wake, paused as he listened. Then he spoke to the crowd.

“Isn’t it beautiful to hear the children laughing?”