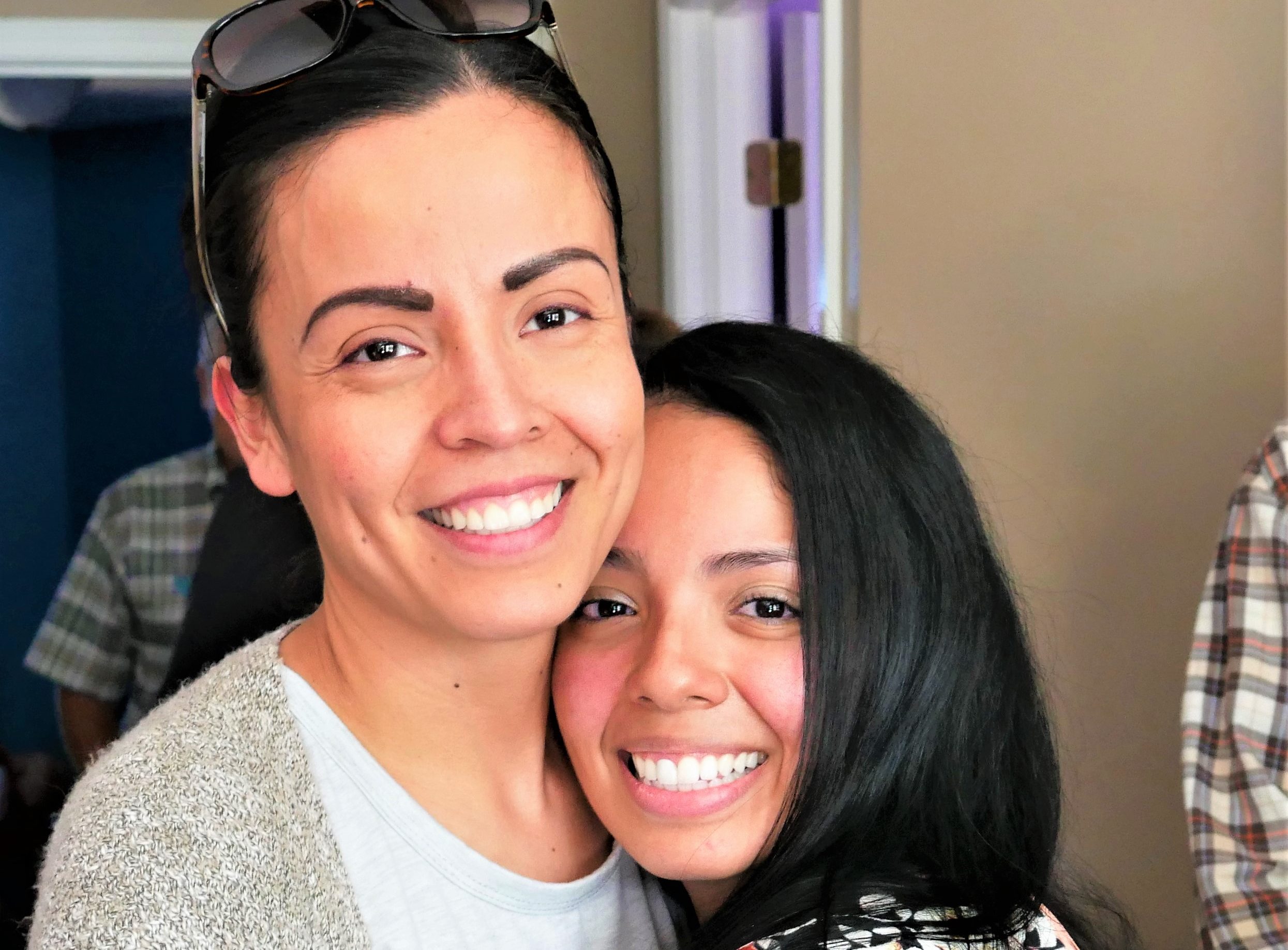 When Jacqueline Godoy applied for a Habitat for Humanity home three years ago, she had her doubts.

“I didn’t think I would get it, to be honest,” she said. “I had a lot going on.” But then she had a vision. “I had a dream from the Lord. I saw this sign that said ‘Habitat for Humanity.’ I saw a blue house. And I said, OK, Lord, I’m going to listen to you. This is a sign.”

On Oct. 13, under a brilliant autumn sky, surrounded by North Carolina’s mountains, Godoy stood on the porch of a tidy three-bedroom house in Lenoir with her three children, surrounded by her extended family, friends and officials from Habitat for Humanity of Caldwell County.

The house is blue. And there’s a Habitat for Humanity sign out front.

And it does seem like a vision come true for this young mother who works as a medical assistant in an ophthalmology practice. She and her children Naomi, 8, Christiane, 4, and Isaac, 3, had been living in a cramped, two-bedroom apartment in nearby Granite Falls. “It wasn’t in the greatest condition,” she says. “But it was a roof over our heads.”

Godoy’s family is from Guatemala, and they all ended up in Caldwell County: Her mom and dad, sister, brother, aunts, uncles and cousins. Godoy moved to North Carolina from California when she was five, and if she ever had an accent she has lost it now; she sounds like a native Tar Heel, even sprinkling an occasional “y’all” into her sentences.

Her new home, already nicely decorated with art and children’s things, is part of the State Employees Credit Union’s Mountains-to-the-Sea-Challenge to build a Habitat for Humanity home in each of North Carolina’s 100 counties. The SECU Foundation put up $10 million to fund the construction. Once a homeowner assumes a zero-percent-interest mortgage from SECU, the money is returned to the affiliate so that another home can be built.

For Pete Kidder, executive director of the Caldwell County Habitat affiliate, the funding is welcomed. Godoy’s home is number 117 for the relatively small affiliate that was founded in 1992. “We build six to eight houses a year,” Kidder said.

The neighborhood that surrounds Godoy’s home had been made up of eight dilapidated houses. They were demolished, a road was built and seven new Habitat homes were constructed. “We’ve moved in three families and have four more to go,” Kidder said. “We’re building everywhere in Caldwell County, from Granite Falls to Collettsville and everywhere in-between.”

“Our goal was to not only build houses but make a greater community impact,” Kidder explained. “This is how we started to do our neighborhood revitalization. We want to have a greater impact than just the house.”

For Jacqueline Godoy, becoming a homeowner means stability for her and her young family. It means investing in her future with every mortgage payment. “It means not having to pay rent,” which kept her treading water at best.

“Thank you for encouraging me to keep my head up and not give up. Y’all told me it was going to be worth it at the end and y’all were right. The tears I cried and the struggles I went through to get to this point were all worth it, 100 percent.”