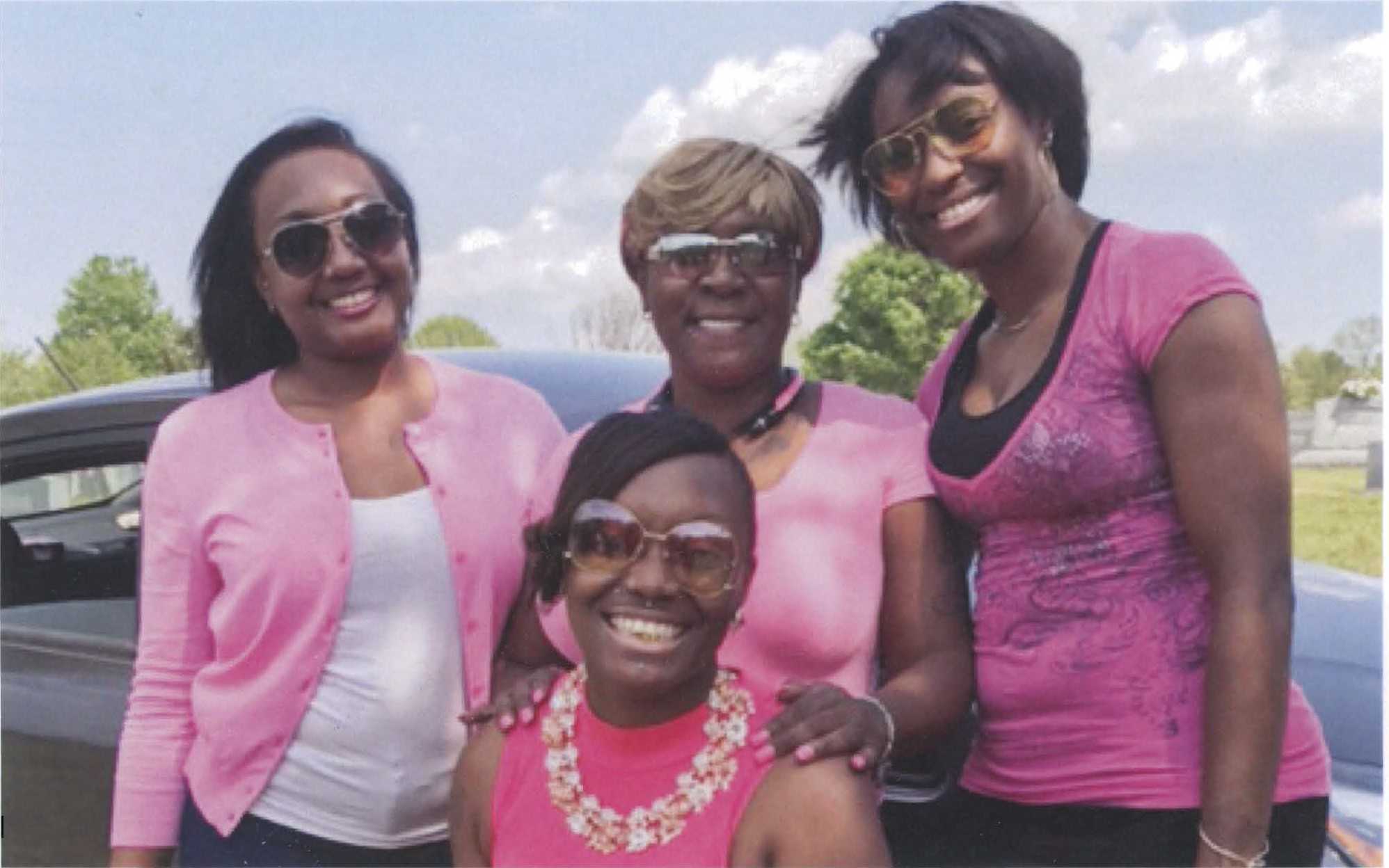 Tamara McGhee’s new home on Arrow Drive in Henderson didn’t yet have a stick of furniture in it, but it was warm and inviting in mid-October of 2017 as a crowd gathered in the ample common area for a dedication. The hospitality was largely due to McGhee’s buoyant personality, with a generous helping of good cheer from representatives of Habitat for Humanity of North Carolina, the State Employees Credit Union and the Vance Granville Homebuilders Association.

All around the airy kitchen, dining, and living room area were human testaments to McGhee’s giving spirit: Her grandmother, who will live with her, was on crutches. Her father, who suffers with COPD, pulls an oxygen tank on wheels with tubes attached to his nostrils. Her stepfather is in a wheelchair, crippled by a stroke. And in another wheelchair sits her 17-year-old cousin, for whom McGhee is the primary caregiver. The family calls her Mill-Mill; cerebral palsy immobilizes her, but a warm smile flashes often and endears her to all.


Add to all of this McGhee’s three adult daughters – the youngest is 21 and will be living with her in the new house – and a full-time job as a classified ad rep for the Henderson Daily Dispatch and you begin to get some idea of just how many people depend on her every day.“I open my door to everybody,” McGhee explains. “Sometimes I feel like I can hardly take care of myself. But I’m always trying to help take care of somebody else.”

Henderson is a town of about 15,000 in Vance County, abutting the Virginia line. This house is one of 102 being built across North Carolina – one in each of the state’s 100 counties, plus a few more due to overlapping Habitat affiliate jurisdictions – as part of the State Employees Credit Union Foundation’s Mountains-to-the-Sea Challenge. The SECU Foundation has put up $10 million to fund the three-year project. Once a house is built and the client family assumes a zero-percent-interest mortgage from SECU, the Foundation returns the money to the Habitat affiliate so that another home can be built.

The house was designed from the inside out. The exterior is tidy but unremarkable, save for the wheelchair ramps on the front and back entrances. But inside the house seems bigger, and careful attention to details shines. There are wide doorways to accommodate wheelchairs, and the bathrooms are built with accessibility in mind.

Vance groups made it happen

Dick Forbis, chairman of the board of directors of Habitat for Humanity of North Carolina, tells the crowd that he has been working on this project for a bit more than a year. The last time the movers and shakers behind the project met, it was just an empty lot.

Forbis calls out Tony Hirst, the builder who, along with his wife Susan, was so instrumental in getting the project done in a timely manner. “Wisdom and a good, straight line reflects in the beauty of this home,” Forbis says.

“It’s more than a blessing”

Finally, Forbis asks McGhee to speak. “Thank God for letting all of this happen. Thanks to Habitat for choosing me to become a homeowner. Every single person who is in this room, I thank God for you.”


She begins tearing up, dabs at her eyes and continues. “This has been a dream come true. It’s more than a blessing. I can’t thank all of you enough for staying behind me, supporting me. I don’t usually cry, either.”

“I always cry at dedications,” Forbis says. “As my wife will attest.”

After the dedication and the ceremonial passing of the keys to the new homeowner, McGhee speaks privately about what inspires her to keep going when so many people in need depend on her. “Mill-Mill is always happy. If she can be happy with the condition that she is in, there’s no reason why I should complain.”