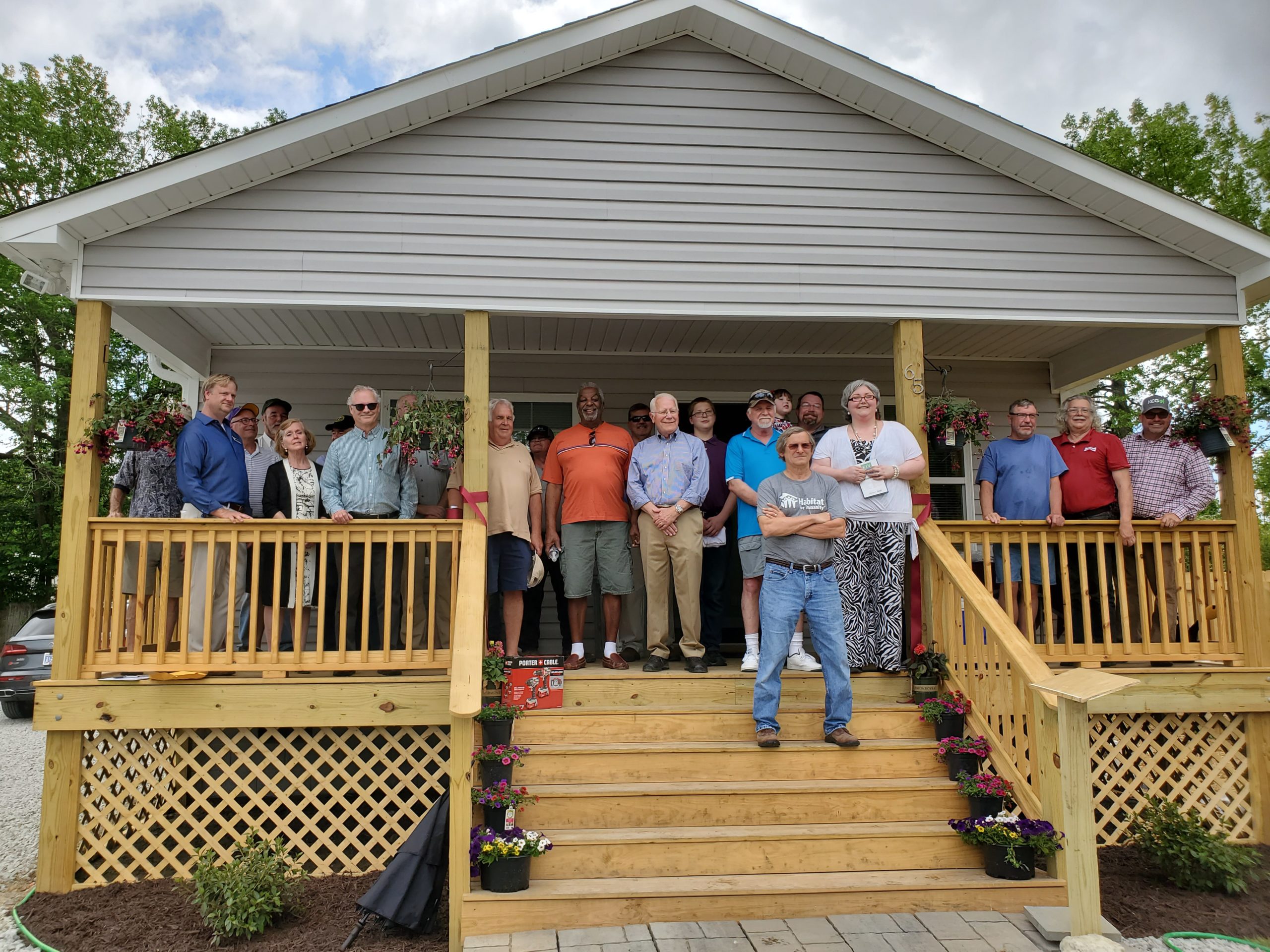 “It’s not just one person or a small group of people that builds a house,” said Feryl Masters, President of the board of directors for Habitat for Humanity of Beaufort County. “A community builds a house.”

The Ivey family in Beaufort County has seen their fair share of hardship in recent years. They had been flooded out of their home by Hurricane Matthew and were living in a single-wide trailer with a shoddy HVAC system and questionable hot water heater. Hardship has also been a through-line in the story of the house in Chocowinity, NC, that would eventually become home to the Iveys and serve a testament to the power of their community.

The SECU Foundation pledged $10 million to build a Habitat house in each of North Carolina’s 100 counties. Once the house is built, SECU buys the zero-interest mortgage from the Habitat affiliate so that the money can go back towards building another home. Some of North Carolina’s counties have bustling, professionally-staffed Habitat affiliates, while others have no affiliate at all. Beaufort County has a completely volunteer-run affiliate, and when the SECU opportunity came along, there was some anxiety about being able to finish a house in time. One issue was weather: between the time when the Challenge began in 2016, and the date when it was supposed to end in 2019, Eastern North Carolina faced two 500-year floods, first from Hurricane Matthew, then from Hurricane Florence.

The other problem was labor. HFH of Beaufort County was facing a common problem in rural areas: a dwindling and aging volunteer pool. But in 2018 they got a shot in the arm with some new and energetic board members. In 2019 the group asked for help getting the word out from Habitat for Humanity of North Carolina, the state’s support organization. Habitat NC sent a press release to local news outlets which resulted in roughly 20 new, regular volunteers, and the work on the house kicked into high gear.

Other members of the community also stepped up to make sure the Iveys would soon have a new house to call home. Jamie Ivey’s father, Jimmy Gilbert, just happened to be an electrician. He donated his services and his team wired the entire house. The gutters were donated and installed by Wells Construction and Gutters; blue prints were donated by Dal Newbold; Kidd General Contractor donated the hardware for the house; and the landscaping, sod, and plants for the yard were donated by Double A Hauling, Woolard’s Sod Farm, and the Washington Garden Club, respectively. These are just a few of the generous donations from the businesses and individuals of Beaufort County that made up the more than $12k of donated material that ended up inside and outside the house. Over 800 volunteer hours from more than 45 people went into building the house.

Jamie and her family—husband Glen, son Logan (16), and daughter Ada (2.5)—will move into a place filled with the support of their community, both tangible and ethereal. And that spirit of community overflows in Jamie’s plans for her new house. When asked what she was most excited about, she struggled to pick just one thing. But once the practical and immediate things were pointed out (“A working hot water heater and knowing our A/C won’t go out!”), her thoughts fell to her kitchen. “I’m so excited about this refrigerator,” she sheepishly admitted, running her hands along the front of the stainless steel, double-doored behemoth in front of her. “I just keep thinking about Christmas, and all the food it will hold. How many people I’ll be able to feed with it.” Because when a community comes together to build a house, that house can’t help but become a home that welcomes others inside.