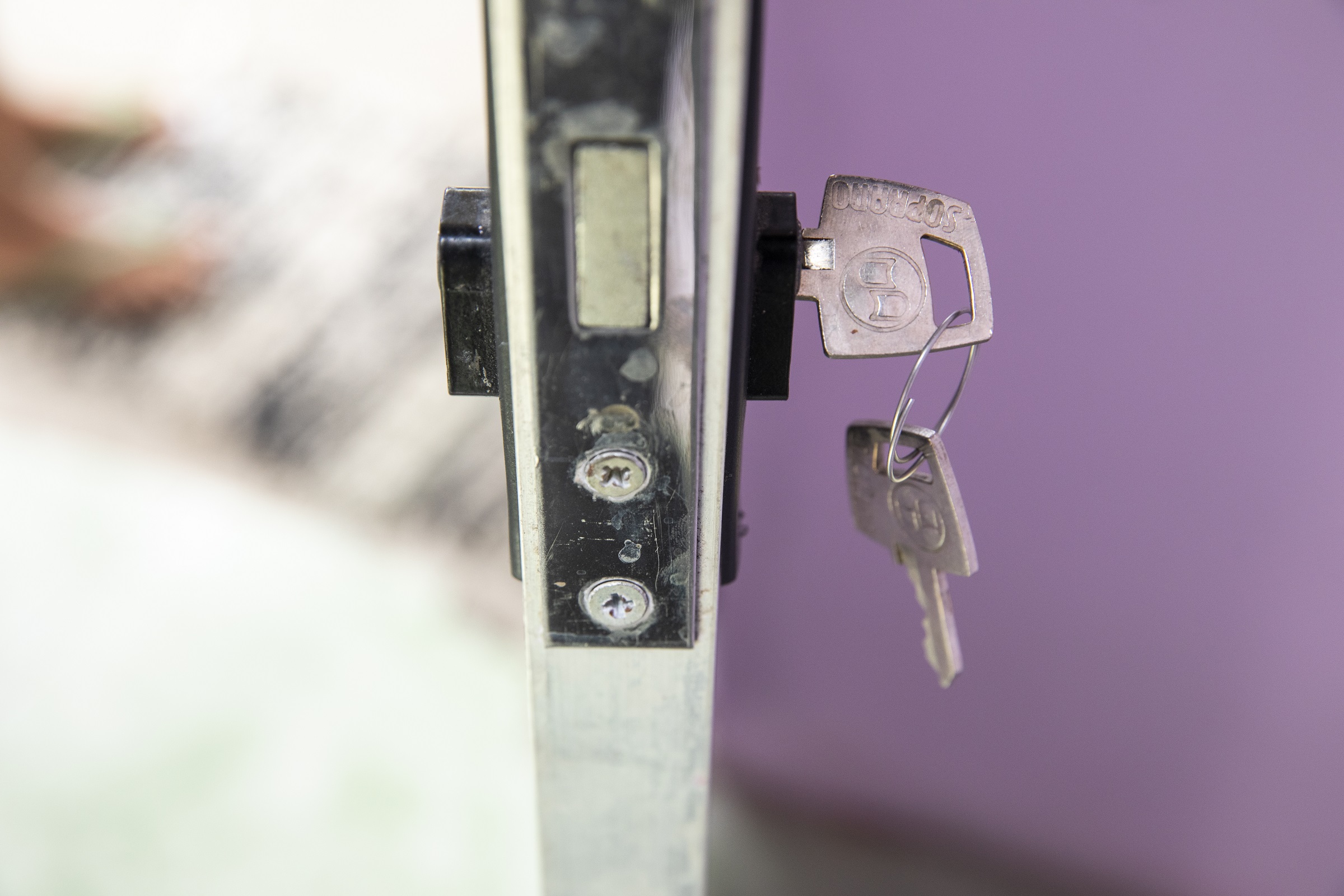 Adapted from a story by Amanda Clark, originally printed in The Nashville Graphic on January 2, 2019

Mary Parker started the New Year off with keys to her new home.

Parker’s home was the first to be built under the merged Nash Rocky Mount Habitat for Humanity. The Rocky Mount and Nashville organizations merged in 2014. The new organization celebrated Parker’s home on Sunday, December 30th, 2018, with a dedication and blessing of the house, located on Brooklyn Blvd. in Nashville, NC.

Darryl Strother, Board President of Nash Rocky Mount Habitat, said it was a special day. He hopes there will be more activity for Habitat in the coming years as the organization recently acquired properties near Tarrytown Mall in Rocky Mount. Strother said plans are to locate the organization’s offices and resale store there. Mary’s house is part of a special project engaging all the Habitat affiliates in North Carolina. The SECU Foundation pledged $10 million to build a Habitat house in each of the state’s 100 counties. Once a house is built in a county, SECU buys the zero-interest mortgage from the Habitat affiliate so that the money can go back towards building another home.

Eddie McKoy, a board member for Habitat, presented Parker a Bible, which is a Habitat tradition when dedicating a new home. He also read scripture from Proverbs. “This has been a long time coming for the Parkers,” McKoy said. “It’s been a long time coming for Habitat. Since we had our merger, this is the first home we’ve built from the ground up. So it’s a historic day for us and a day we’ve looked forward to.”

“We believe that the Parker family is gonna thrive and will have riches they will carry on for generations and generations,” McKoy added.

Parker said it was a special day for her and her two children, seven-year-old Malia Rivera and ten-year-old Damion Rivera: “This is definitely not only a big milestone for Habitat but it’s a huge milestone for me.”

Parker said being a single parent was hard and being a homeowner was also tough to do. But, through patience and perseverance and thanks to Habitat, Parker is now able to say she is a homeowner. “It’s a process and it’s been a long process,” she said. “I’m super, super excited.”

“This is something I’ve been wanting a long time and it’s finally happening and I hope to make the most of it,” Parker added. “I know it’s only the beginning. I can’t wait for what’s in store.”