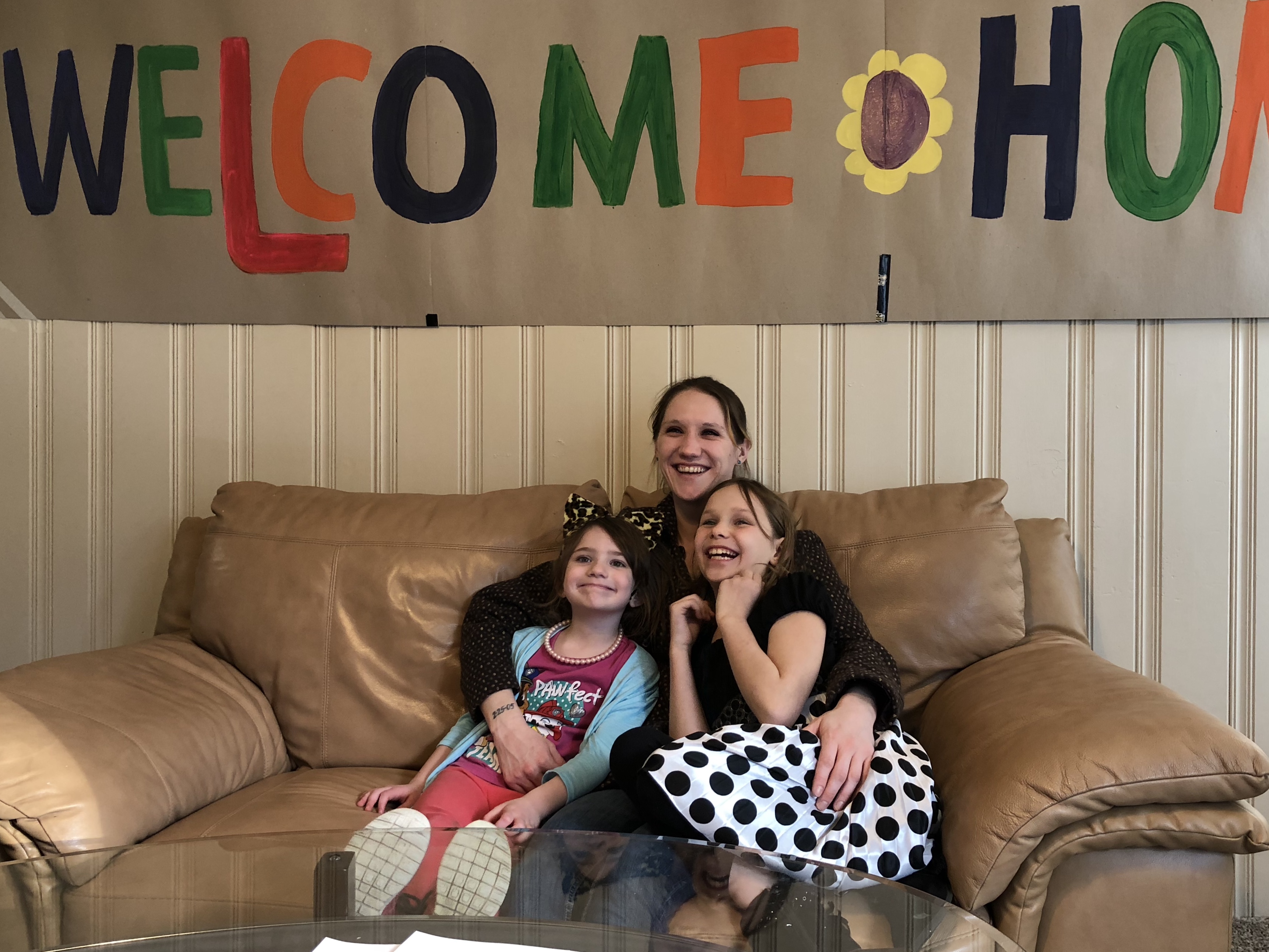 On the first night in their new home, Brittani Salyers’s two daughters asked if they could all sleep together in their mother’s bed. They felt lonely and uneasy in the house, and needed the reassurance of a familiar sleeping arrangement. Brittani and her girls had spent five years sharing one bedroom in Brittani’s grandmother’s house, long enough that the girls didn’t remember it ever being any other way. The luxury of having their own, individual rooms took some getting used to.

Almost a year later, the girls have settled in just fine, with plenty of the “stay out of my room!” bickering that one might expect from sisters. One of the reasons they were able to adapt so quickly was the love and care given to the family by the Moyock Woman’s Club of Currituck County. The Club, which will celebrate its 100th anniversary in 2023, is made up of women mostly in their 30s and 40s, and mostly mothers, just like Brittani. When the members found out about the Habitat home being rehabbed in Currituck, they knew they wanted to find a way to help. And after they met and saw the gratitude and hard work of Brittani and her daughters, they ended up helping in a big way.

The Currituck home is a part of the SECU “Mountains to the Sea” Challenge, a partnership between Habitat for Humanity of North Carolina and the SECU Foundation to build or rehab a home in each of North Carolina’s 100 counties. SECU has pledged $10 million to buy the zero-interest mortgages from the Habitat affiliates after a home is completed so that another new home can get underway. In counties that are not currently served by a Habitat affiliate, such as Currituck, Habitat NC has stepped in to build or rehab a house. In total, the state support organization will have taken responsibility for 18 of the 100 counties.

The President of the Woman’s Club, Joanna Brumsey, led the effort to help the Salyers family get settled into their new home. The Club made sure the house was fully furnished by the time Brittani moved in, with the club members divvying up rooms to paint and decorate amongst themselves. “Brittani is working hard and they’re all so grateful,” Joanna said. “When someone is helping themselves, it makes you want to help them… I’ve been involved in nonprofits forever and I’ve never seen people so appreciative.” The group started to think of the girls as family, and they felt like they were a part of the house, too. When the time came for them to move in, Joanna told Brittani “‘We’re going to keep taking care of you’… I don’t know if she believed me then, but I think now she knows she’s stuck with us.”

The Club brought the girls goodies for Halloween and adopted the family for Christmas that year. Then came Valentine’s candy, Easter baskets, a bag of beach supplies for the summer, and back-to-school supplies in the fall. When asked about the Woman’s Club, Brittani has nothing but gratitude: “They’re the best!”

The support and security that have come from this Habitat house have made a world of difference for Brittani. Since moving in, she has been promoted to Store Operations Manager at the CVS where she works. Because she knew that she and her daughters had a safe, comfortable home with an affordable monthly mortgage payment, Brittani says, she could focus on other things, like her work, which helped her excel and get her promotion. She is amazed by the way doors have opened since getting her home. “I never thought just having a house could have helped me so much with reaching my goals,” she said. Brittani’s story is a valuable lesson in the strength each of us gains from community and its capacity to help us thrive. Affordable housing opens doors beyond the one leading into the living room.