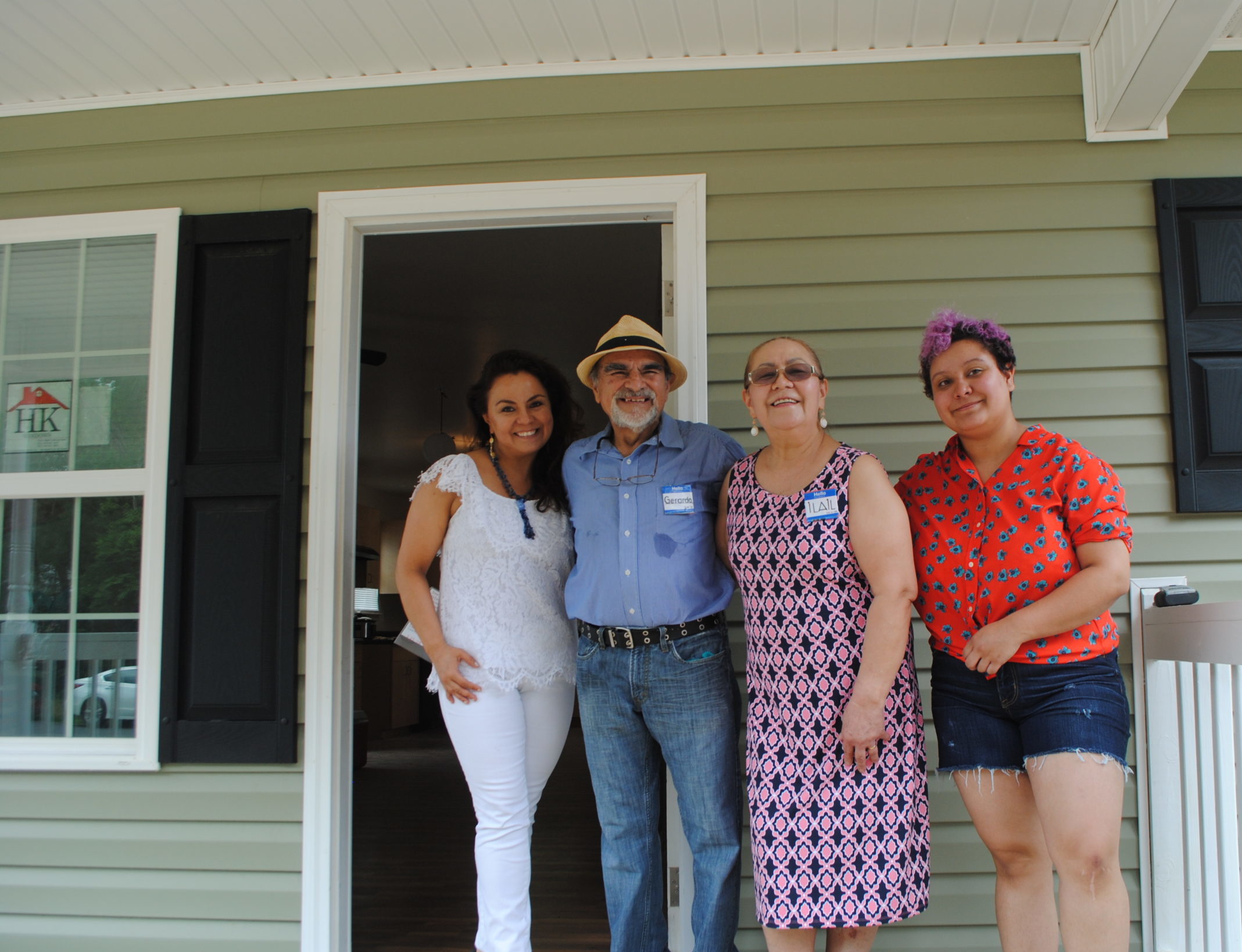 Gerardo and Ilail Tengono were living in Colombia, but their two children and three grandkids were residing in the United States. With a strong desire to be closer to their family, they decided to uproot their lives and move to America.

With the help of their son-in-law, they were sponsored and welcomed to North Carolina. Leaving behind a 26-year career in industrial mechanics, Gerardo found it difficult to find a position in his field while learning the English language. Ilail, a former primary school teacher in Colombia, was able to find a position in the maintenance department at Walmart and loves her job and her co-workers.

The Tengonos wanted to find a stable home that they could invest in for years to come, but were disappointed to find out that they didn’t qualify for a conventional loan. After a friend told them about the Habitat program, they began volunteering and learning about the homebuyer process. Through a lot of planning and saving, they qualified for the program and began to work toward becoming Habitat homeowners.

“Habitat opened the door and turned the light on for us,” said Gerardo. “We are so happy to participate in this program because it is a real opportunity for us. To be able to volunteer and give our devotion and love to other families while building our own, it’s beautiful.”

Gerardo now dedicates his weekdays to serving on the Habitat construction site and has become a regular to staff and volunteers. The Building Hope partnership, a group of Chapel Hill faith congregations, who helped fund the home, have worked closely with the couple. Even into the future, the couple plans to continue to volunteer on-site.

“This home will finally be ours,” said Ilail. “I can hang things on the wall and make it our own. I can’t wait for our children and grandchildren to come visit.”

The Tengonos’ house is one of 100 being built across the state, one in each of North Carolina’s counties, as part of the Habitat NC/SECU Foundation’s “Mountains to the Sea” Challenge. The Habitat affiliate builds the home, and then SECU buys the zero-interest mortgage, returning the money to the affiliate so that another home can start being built.

Story and photos courtesy of Habitat for Humanity of Orange County