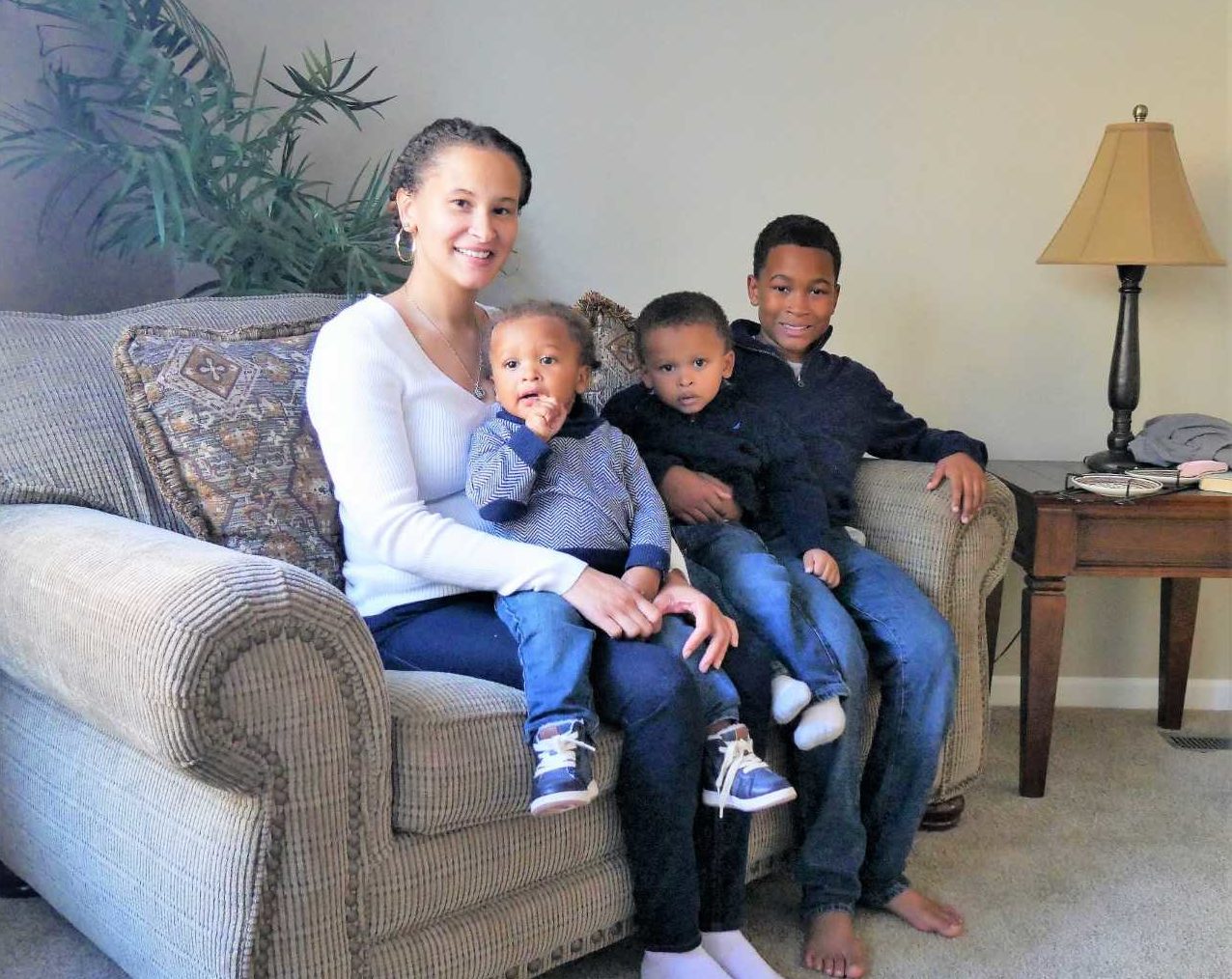 A Space of Her Own in Gates County

Quite a crowd gathered at Marketta Boone’s new home in early November as she took the keys and basked in the reality of home ownership. It was a dream come true for her and her three young sons, but not without struggle and disappointment, a lot of grit, and an unquenchable hope.

“I was looking for a home,” Boone said at the dedication of her new house in the Eure community. There to celebrate with her were family and friends, along with representatives of the Gates County branch of the State Employees Credit Union and Habitat for Humanity. “Then I went looking for loan,” Boone continued. “I thought, uh-uh, I can’t afford to pay that much.”

Someone told her about Habitat for Humanity’s partnership with the SECU Foundation. The Mountains-to-the-Sea Challenge is a $10 million initiative to build a Habitat home in each of North Carolina’s 100 counties. The Foundation is funded by the $1 per month maintenance fee that each SECU member pays. The Challenge was designed for counties such as Gates, which is tucked in under the Virginia line, near the N.C. coast. It’s one of North Carolina’s most rural counties; well into the 1930s Gates did not have a single paved road. The Great Dismal Swamp, beautiful but as foreboding as its name, takes up a swath of the county’s northeast quadrant. Gates is home to fewer than 12,000 souls, and it’s not growing.

But Boone and her neighbors like the spaciousness, the solitude and the camaraderie of the place. “I’m from Gates County,” she says, and except for a year at East Carolina University, “I never really left.” She works as a production technician at Keurig Dr Pepper. She has been there for four years but has dreams of becoming a teacher. The permanence that being a homeowner brings is a step toward her dream.

“I had to be patient,” she says. “I was renting a single-wide trailer. It was very small, especially with three babies.” Her patience has paid off. Her new home has three bedrooms, two baths and a modern, spacious kitchen. The expansive yard is mostly sand right now, but the possibilities are green and good. “I’m moving in in December,” Boone says with a certainty that, finally, she has achieved some permanence for herself and her three sons. “It will feel even better once I get in.”

And, as she stands in what will be her bedroom and her private bath, she beams.

← Hardwork Pays Off For Jonesville Family of Five
At the Foot of Grandfather Mountain, a New Foundation →

2 Comments on “A Space of Her Own in Gates County”